The PDO of all PDOs

Of buffalo or cow’s milk 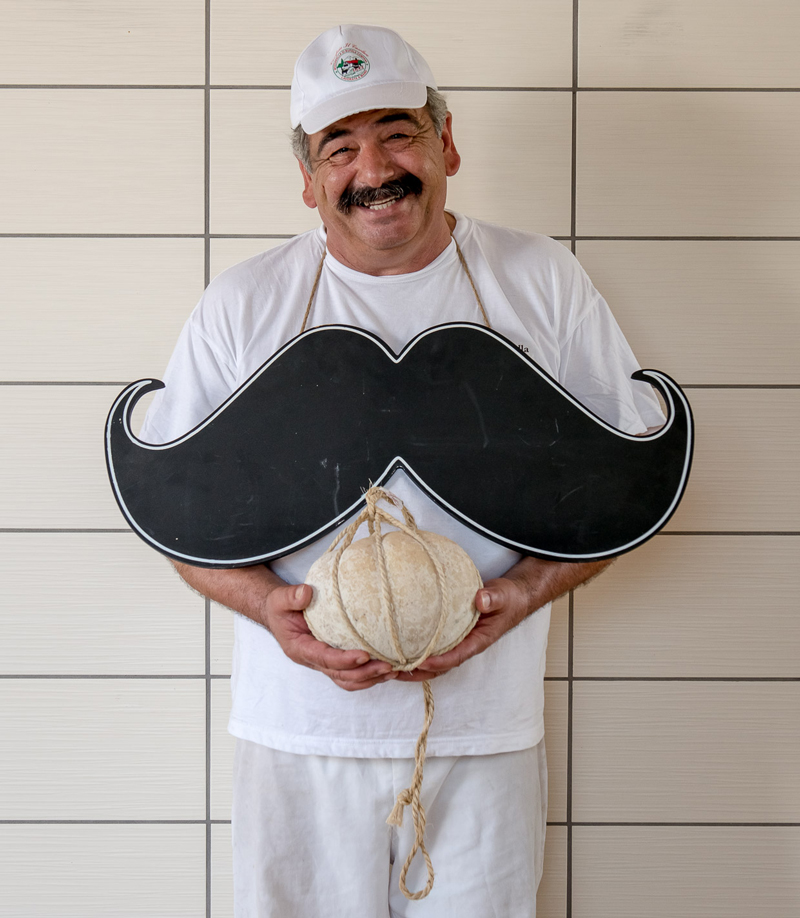 Our “Mozzarella di Bufala Campana Dop Il Casolare” is made in on buffalo farms a few kilometers from the dairy in Alvignano in the province of Caserta.

Our buffalo mozzarella is made according to tradition and respecting the norms of the “Mozzarella di Bufala Campana” consortium, using only fresh and whole Buffalo milk.

Produced fresh every day, it can be cut off by hand or by shaping machines that produce pieces of predetermined weight, from 10 grams for: perlina (beads), cigliegina (cherry), bocconcino (morsel) up to three kilograms for: trecce (braids) and nodini (knots).

Buffalo mozzarella is one of the most imitated and reproduced foods in the world. Even in Italy it is often very difficult to understand whether what we are buying is authentic mozzarella made with fresh buffalo milk. Unfortunately, chemistry and technology today have tools to deceive even the most refined palates.

We would like to explain what “Bufala Campana PDO mozzarella” is and what characteristics it has. First of all it is a fresh “pasta filata” (stringy cheese) made with buffalo’s milk from dairy farms of specific traditional areas. Buffaloes arrived in Southern Italy around the year 1000 A.D. brought by Norman kings who created buffalo farms in Campania bringing the animals from Sicily, where they had been introduced by the Arabs. The first historical traces of this cheese dates back to the 12th century when it was called “mozza” or “provatura”.

Our mozzarella is chosen by the most famous pizzerias in Italy

There are so many pizza chefs who choose our mozzarella and fiordilatte every day to enhance their pizzas.

We cannot name them all, but we are happy to list a few of our first clients who believed in us and continue to believe in us: Franco Pepe of Pepe in Grani and also the Antica pizzeria Pepe by Antonio and Massimiliano Pepe, Gino Sorbillo, Enzo Coccia de La Notizia, Francesco and Sasà Martucci of I Masanielli, Morsi and Rimorsi and Decimo Scalo in Caserta, Duje and Giovanni Santarpia in Florence, Alessandro Coppari of Mezzometro, pizzerias Scorza and Dry in Milan, the nearby Pizzeria Elitè by Pasqualino Rossi and the farthest O ‘fiore mio in Faenza and La Bufala in Maranello. 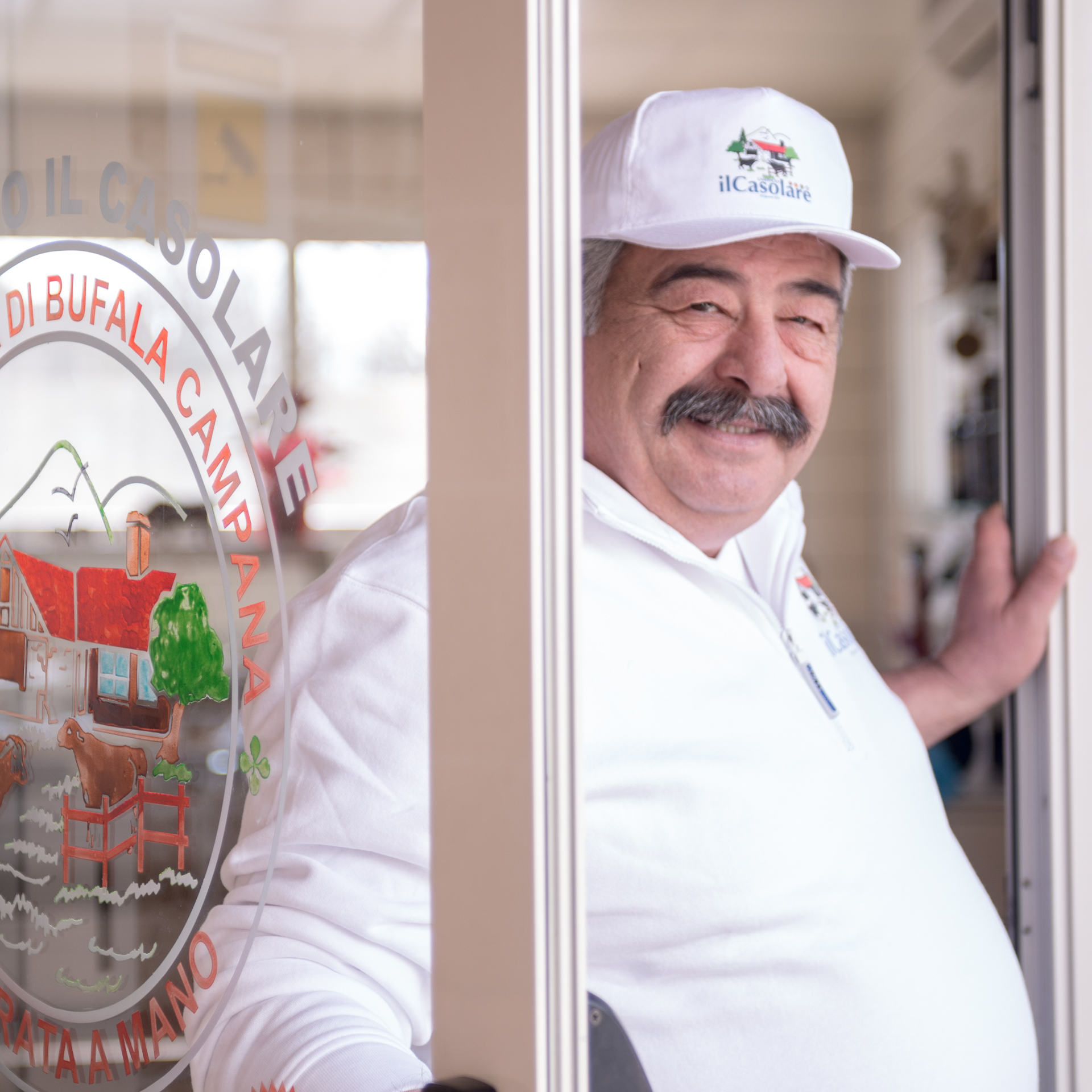 A man with a full, dark moustache, an open and sincere smile, and a direct, friendly gaze. 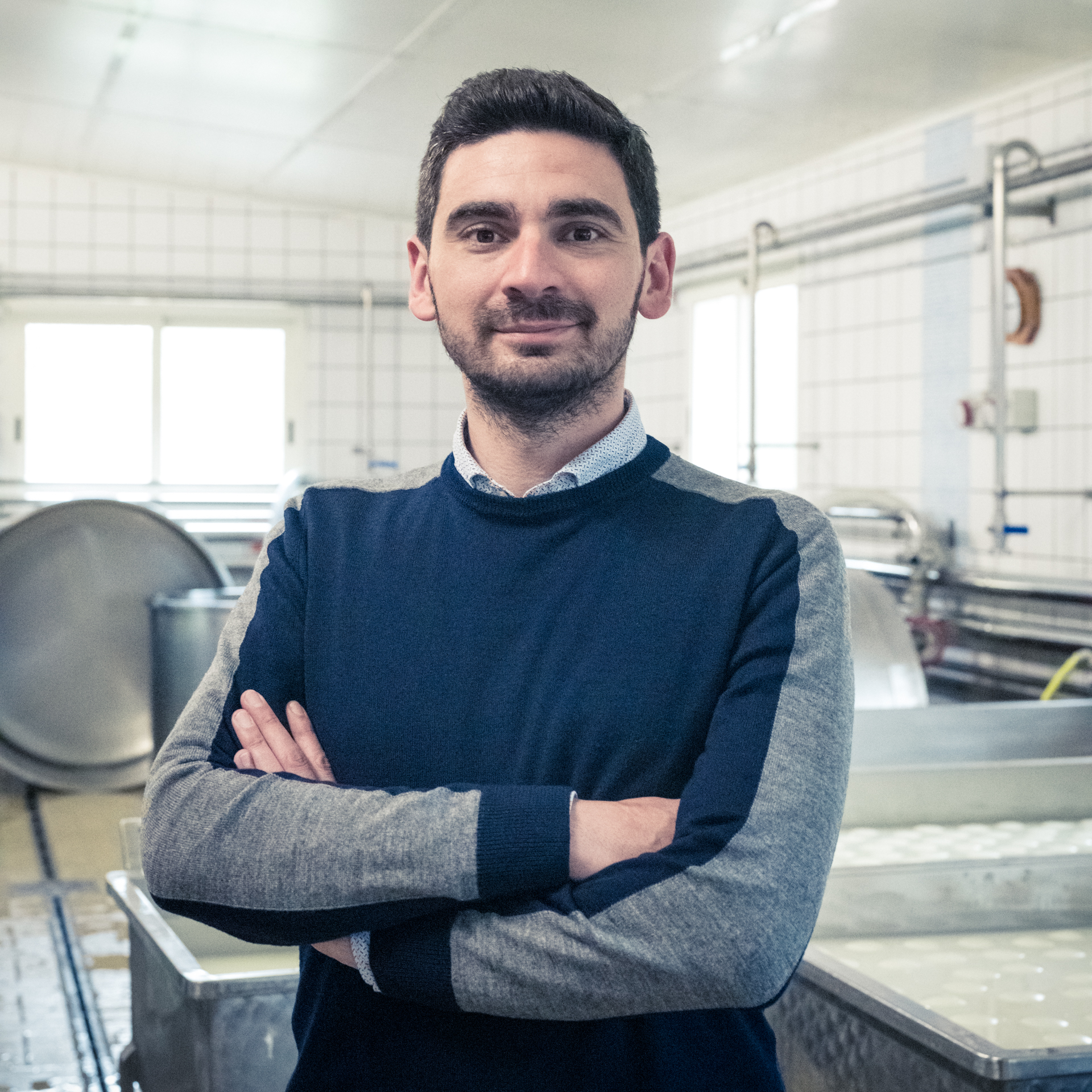 Raised on buffalo mozzarella and books – he holds a degree in Business Economics and deals with marketing and communication. 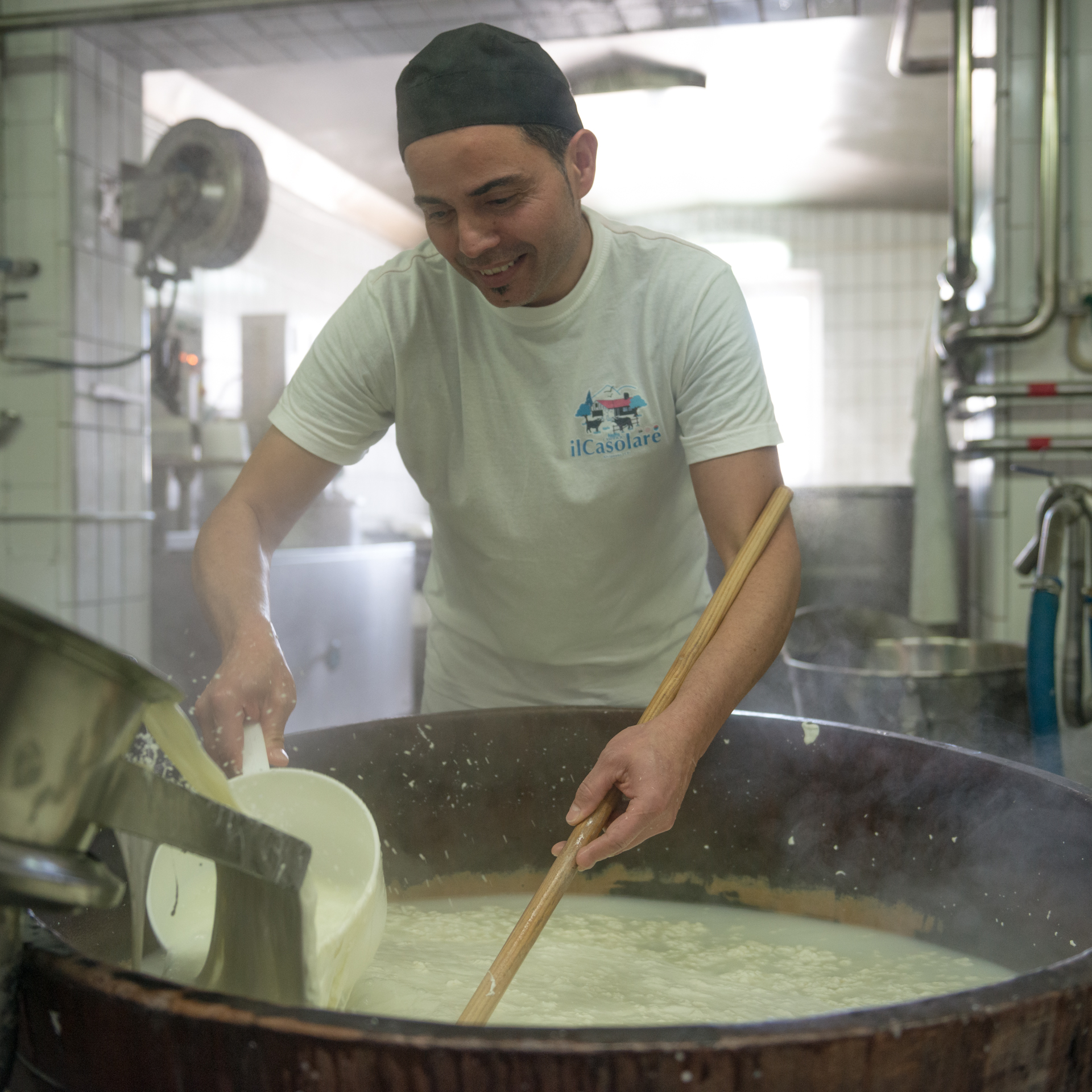 Mimmo’s younger brother, coordinates all the preparation and production of “Il Casolare” products. 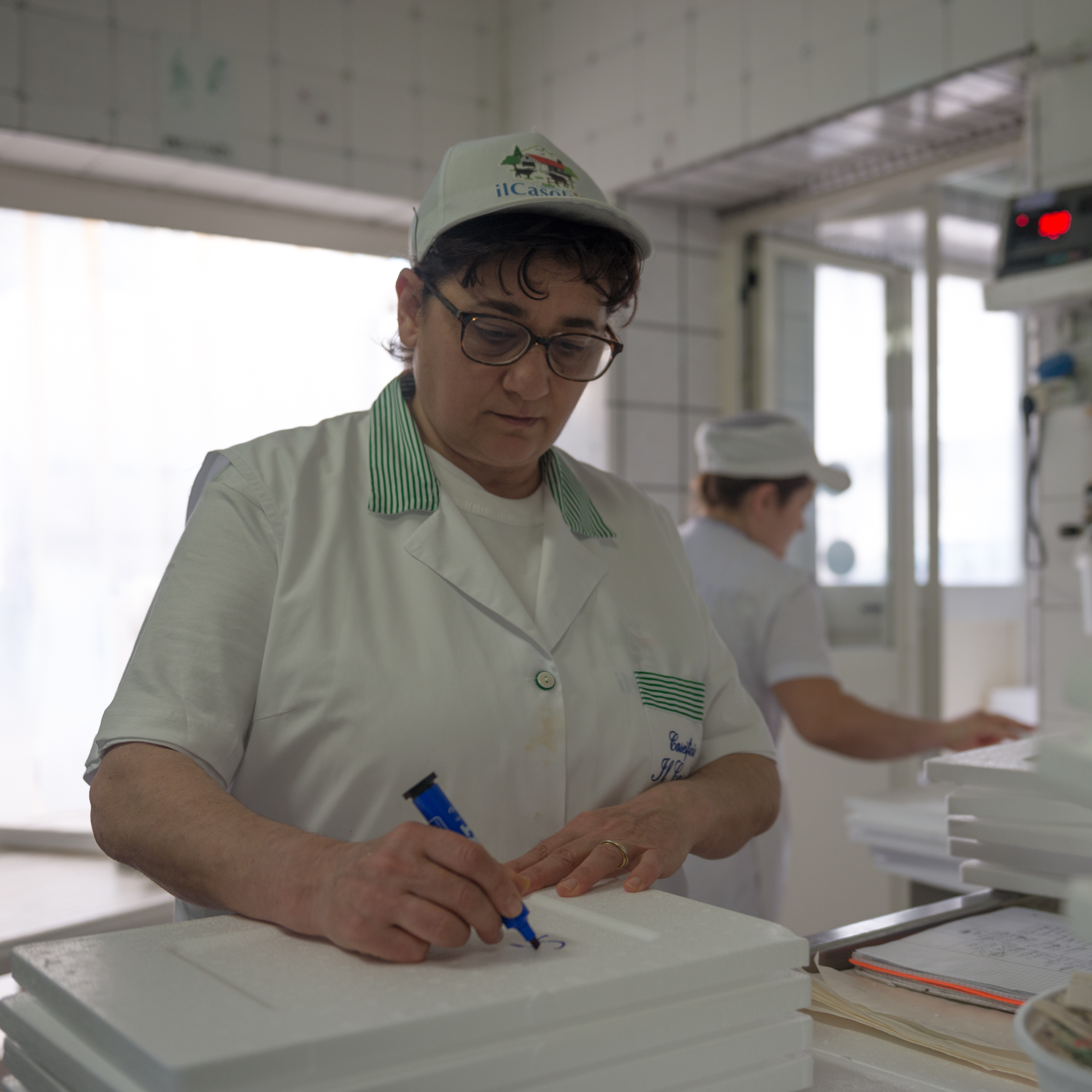 Mimmo’s wife, a hard working lady with a very sweet look, who has supported and sustained him for many years.